I’m Available to Serve You…

One of the joys of ministry with NNYM is traveling to churches in the region to share about what we do to serve youthworkers. I would love to come and share at your church. I am available to give an update on ministry work with NNYM, or give a message. My desire is to do whatever I can to best serve your congregation.

Many churches invite me to fill in when the pastor is sick, or has a much needed week off, or attending a training conference. Other churches invite me to speak in times of transition from one pastor to another to help them prepare for their next senior pastor. Others have invited me to lead a training retreat for youthworkers or students. Whatever the needs of your congregation, email me at blacy@nnym.org or contact me with the information below, and we can schedule a time. I would be honored to serve you.

Those who have gone before…

Last week, we buried my uncle in St. Louis. He was a man that valued two things above all else: 1) His relationship with Christ (and his desire to share his faith) and 2) His service to the United States in the Military and the Defense Mapping Agency.

When he was still alive, he made arrngements to be buried at Jefferson Barracks National Cemetary in St. Louis. I knew where it was, as I used to commute past it for three years when I worked in St Louis. I had never taken the time to drive back to the cemetary. It is a powerful feeling to know  that every headstone represents a person who gave their life or served our country for the freedom we have today. It was very overwhelming. Then when the soldiers stationed there did full military honors for my uncle, it was incredibly emotional. I know that he went before me in my family, leaving children and grand children that are believers, and serving in their local churches as God has gifted them.

In my position at National Network of Youth Ministries, I stand on the shoulders of some who have worked incredibly hard to build a ministry that builds healthy youth leaders. I am very grateful for that. I want to take the foundation they have laid and allow God to make something beautiful, functional, and lasting. I would love for you to be part of this mission.  I want to serve well the vision of those who have gone before me, not just in the ministry where I serve, but family, fathers of our faith, and most importantly, Christ.

We are Better Together. 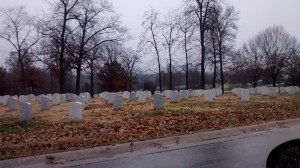 In their own words…. 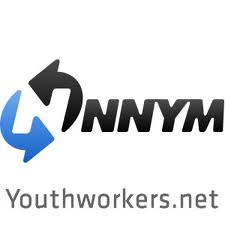 A couple weeks ago, I met with a group of youth workers from all over the country in Colorado. While there, I asked two questions, then let the camera roll.

The questions I asked were:

1) Why are you part of a youth worker network?

2) How might you encourage other youth workers to join a local network?

Here are some of their responses.

Theme by Anders Noren — Up ↑